Our ambassador network is made up of a range of people from all walks of life. We bring together those who are authentically adventurous and strive for more in everything they do.

That brings us to Finn Mccann. Finn is an offshore helicopter pilot. He specialises in maritime operations flying crew out to installations in the North Sea, often in adverse weather conditions.

A Nite watch was born to be used and pushed hard. To live up to its full potential it needs to experience adventures, see natures wonders and be relied on by those who push their own limits.

Today we find out about Finn’s interesting job as a helicopter pilot and how he chooses to use his down time in some of the most beautiful places in the World. 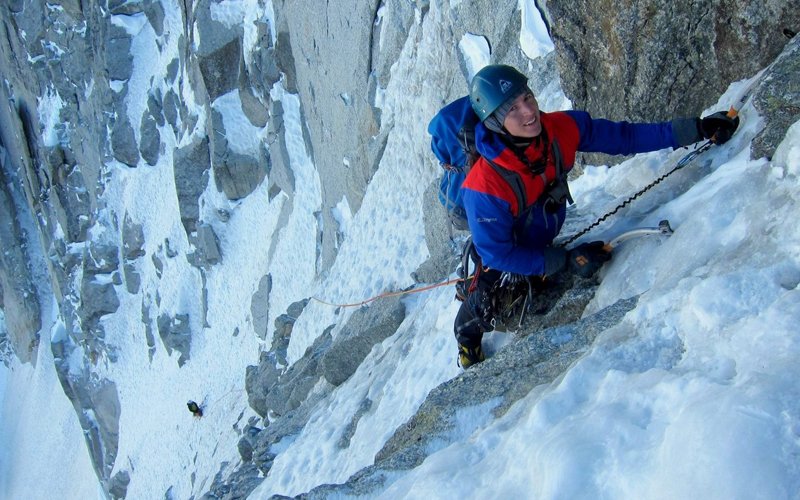 Can you explain in a little more detail what your job is and what you do?

I’m an offshore helicopter pilot based out of Aberdeen. The job mainly involves the transportation of personnel to and from offshore installations such as oil & gas rigs and windfarm pipe laying boats. Our main area of expertise is flying in highly adverse weather and sea states which the North Sea frequently treats us to!

How did you get into your job? How and why did it all start?

Until my late 20’s my life revolved around climbing and mountaineering. I would go on around 4-5 expeditions a year and the climbing objectives inevitably got more and more challenging as the years went by. Along with the increased challenge came an increased level of risk, and after a number of very close calls - some of which involved life changing injuries for my team mates – I decided to pack it in before anything more serious could happen. I’d met some helicopter pilots on an expedition in the far north of Canada a few years earlier which had planted the initial idea, and after being involved in a number of helicopter rescues I decided that it was a career I would love to move into. It’s no small undertaking to become a helicopter pilot and it’s probably a good thing that I had no idea how challenging the journey would be when I set out in this new career!

What is the best and worst part of your job?

The best part of my job is without a doubt the beauty that we see on a weekly, if not daily basis. It would be an unusual week that I didn’t see the sunrise from 3000ft, turning the clouds from purple through to orange; or see a rainbow, not like the rainbows you see on the ground, but a full 360 degree circle of the most vibrant colours; or a pod of dolphins jumping and spinning enroute to who knows where.

The worst part of the job is difficult to decide on as there’s nothing particularly bad about it! At times though it can be highly stressful… technical issues with the helicopter are rare but they still happen and when they’re combined with the likes of challenging weather things can get pretty full on. It’s in these moments that you become very aware of the responsibility you have to get your passengers home to their families safely.

What’s the best piece of flying advice ever given to you?

"Never become complacent. Always expect the unexpected and be mentally prepared for the worst."

Basically it’s an easy job 99% of the time, but it’s the 1% that we train and study for, and it’s important to stay on top of your training and studying so you’re ready for whatever comes your way.

What is the most challenging part of your job?

The most challenging part of the job is without a doubt landing on unstable vessels. When the boat is pitching, rolling and heaving all over the place it can become a nightmare to time your landing so as to get the chopper on the deck as gently and accurately as possible. 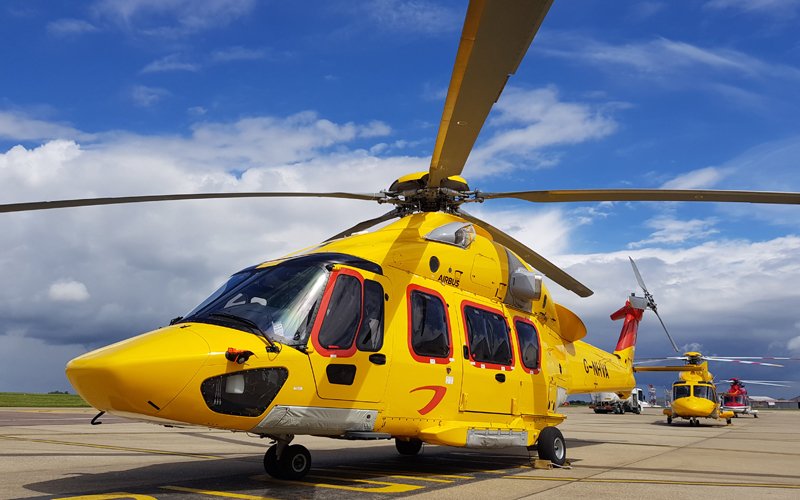 What sort of work schedule do you have? How different is it from a 9 to 5?

I work 2 weeks on 2 weeks off. It’s a great roster and it’s one of the reasons I was so keen to become a helicopter pilot as it gives you plenty of time to pursue your own hobbies. That said, the 2 weeks on can be exhausting, you have no fixed hours of work so you could be up at 4:30am one day and working until 10:00pm the next day. By the time you reach the end of your time on you’re very ready for some rest.

With such an intense job like yours, how do you relax and make the most of your down time?

I make sure my time off is a good balance of relaxation and activity. I try to get into the mountains as much as I possibly can but I’ll also spend a lot of time drinking coffee and reading! 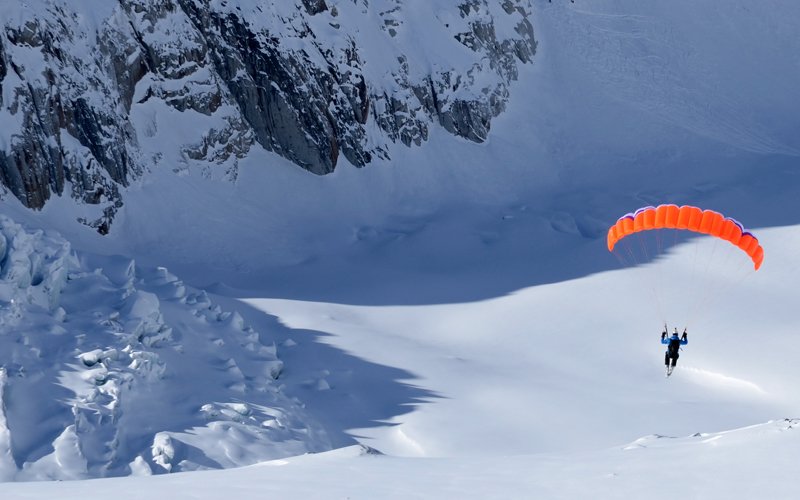 Where was your last flight to and from?

At the moment the pandemic is raging in the North Sea and we’re doing a huge number of medevac flights. My last flight was out to a boat to pick up a person who had tested positive and was displaying symptoms of covid-19. When this is the case we have to take a medic along with us in case their condition deteriorates, and on returning to our base the patient gets whisked off and the cabin of the helicopter gets deep cleaned.

Where has been your favourite place to fly so far?

I spent the first three years of my flying career in Canada which meant I was absolutely spoilt for beautiful scenery. The landscape in the Rockies is straight out of a fairy tale with jagged snow-capped peaks, turquoise lakes with silver ribbon streams running down the valley sides to join equally turquoise rivers. Added to this is the amazing wildlife living in these mountains that we frequently saw from the choppers; bears, moose, mountain goats, elk, eagles; and of course whales and dolphins off the west coast.

Where has been your favourite place to fly so far?

Have a 5 year plan. And when you reach that point set out another 5 year plan. Don’t think in terms of months or a couple of years. It’s a tough and highly competitive industry and you have to be prepared to work hard for many years before you reap the rewards. The worst thing you could do is give up after 3 years because you don’t feel it’s working out. Hard work pays off and if you’re patient and determined you’ll make it eventually.

What’s next for you in your flying career?

Ultimately I’m working towards a job as a Search and Rescue pilot. I was inspired to become a pilot through my experience - both first hand and second – of helicopter rescues in the mountains. I’m determined to realise this dream but it will once again take hard work, patience, and probably at least a little good fortune to become a reality! 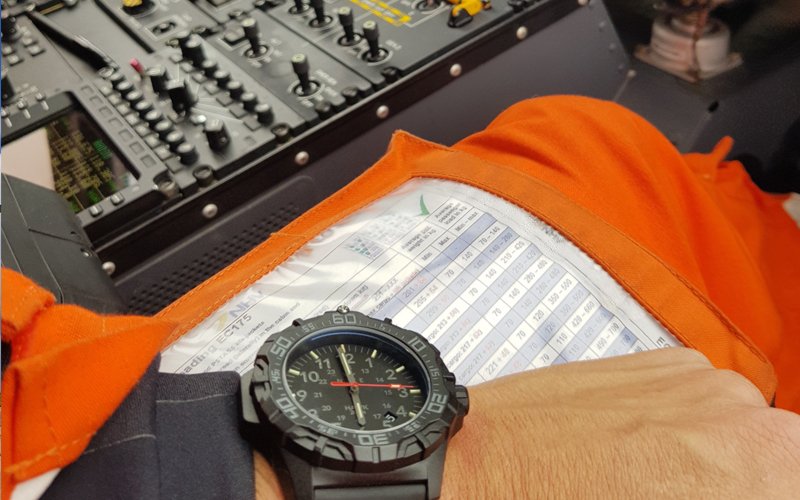 A career like Finn's certainly pushes the limits. From extreme conditions to long hours and tight deadlines, it’s definitely not for the fainthearted. It takes a special breed to succeed in this type of environment and harsh conditions. A breed that fits perfectly into the Nite community.

Be sure to give Finn a follow on Instagram to see things from a different point of view.

What's in this article?

All you need to know about kayaking from Will Copestake

What is Tritium Illumination and is it Safe?